The end of the year creates an opportunity to look back and see what you've accomplished. I would rather look ahead than behind, but sometimes you need the behind to move ahead. So with only a few short hours left in 2010, I guess it’s time to take stock of the year.

Winter
I outlined this post before I started writing it, and I could see on paper what I already knew. Fall and winter are the hardest seasons for me. Some very practical concerns might explain this. Football season requires an enormous amount of energy, and my biggest work responsibilities fall during this time frame. However, I know a more fundamental, metaphysical reason exists. The cold gloomy weather of late fall and winter bring me down. Always have. The evidence would suggest I need to move to South Florida or a Caribbean Island.

While I’m waiting for the money fairy and the moving truck, I’ll keep on Jazzercising. I went to my first Jazzercise class January 25. Today’s class will be number 233 for the year. Jazzercise has been life-changing for me. The physical benefits are wonderful. My pants are a size smaller than they were 11 months ago. I don’t find myself breathing hard and sweating doing stupid things like carrying in groceries or climbing up and down the stairs. The real life changer, though, was in my mental and emotional health.

I weathered a particularly difficult personal storm last winter, and every time I thought I would fall into despair, I would go to Jazzercise and find the strength to get through another day. I had always heard about the endorphin high that comes with regular exercise, but I hated exercise so much, I’d never experienced it. I promise you, that high is real. I know because I’m addicted to it. I can actually identify the moment the extra oxygen hits my brain and those endorphins are released. And the benefits snowball. I can do actual push-ups now and hold a full plank. Feeling strong makes me feel confident which in turn makes me feel happy.

Beyond that, it’s just fun. I get to dance every day. This is how I feel when I dance. 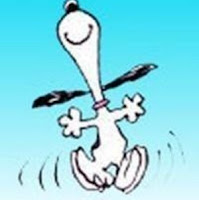 Last winter was as cold and gloomy as winters get in Kentucky. 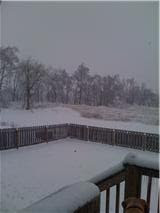 This pic was taken from my deck in January or February. I don’t remember exactly when, but there was a three-week stretch in which we only went to school for three days. Subsequently, we were in school until June 9th. You can read my philosophy on snow days here. Suffice it to say, I don’t love them.

The only positive thing about snow days is that I have more time to write. Last winter I finished my second novel, Crimson Crimes, during that long icy run with no school. It took me longer to write the second book than it did the first. I had cohesion problems with the second that have made me take a hard look at the way I approach plot. Sapphire Sins, my first, played out in my head like film rolling across a movie projector. The film broke midway through the sequel, and when I spliced it together, you could see the gap. The whole process was part of the learning experience. You have problems. You work through them. Your writing improves.

Of course, writing a sequel when you haven’t sold the first book is a mistake so common, it's a cliche. I know why writers do it…at least I know why I did it. It’s easier to keep writing characters you know than to invent new ones. I suppose if I was hell bent on making lots of writing mistakes, at least, they were all wrapped up in a book I feel quite confident will never sell. Only my beta reader has seen Crimson Crimes, and she was honest with me, thank goodness.

“It didn’t suck, but it didn’t keep me turning the pages like the first one did.”

Yeah, I know. That one will probably go in a box under the bed, never to see the light of day again. Unless…I sell Sapphire Sins, and then maybe I’ll rework the whole thing and who knows?

Spring
Spring brought exciting news on that front. I acquired a literary agent in March. Anyone who has queried knows it’s hard as hell to get an agent to even ask for pages, let alone offer representation. After 18 months of querying Sapphire Sins, I finally had both in one fell swoop. The day he called and offered was a glorious day. I was validated. I really could write. A professional in the shrinking publishing industry believed in my work.

I signed a contract. I made a few minor edits on his recommendation. I rewrote my synopsis, as well as a two paragraph back-cover blurb, and then he began submitting. Almost immediately, an editor at HarperCollins wanted to see it. That email ushered in another string of glorious days. I could already see the cover art in my head. I mentally ran my fingers across the raised letters of my name. I imagined the trip to Italy I would take with my fat advance. I dropped the new project I was working on and began tinkering with the broken sequel, thinking a two-book deal would really launch my career.

And then…the editor passed. The writing was good, but they were looking for the next big thing in paranormal romance. Vampires had seen their day and were on the way out. Honestly, this had been my problem in getting an agent. I was on the wrong side of the vampire curve. Timing is everything. We got several more bites, but traditional publishers didn’t want any more vampires, and the book is too long for most e-publishers. So it languished.

Then, in late October, my agent informed me he was getting out of the agenting business. Too hard to make money in a shrinking industry. Tomorrow, on January 1, all the rights to Sapphire Sins revert back to me. I’ve been thinking hard about what to do next, but I’m going to save those musings for another blog post.

Spring brought other happy occasions. I love spring. As the weather warms, I feel lighter. Even the end-of-the-school-year deadlines don’t stress me too much. Light and warmth and lots of natural vitamin D make all the difference in the world.

My brother married his soul mate on May Day in Nashville. If you live in Nashville, I’m certain you remember that weekend. It started raining in the wee hours of the morning Saturday and didn’t stop until the city was underwater. But many waters cannot quench love. It was a great day for my family in spite of the natural disaster. 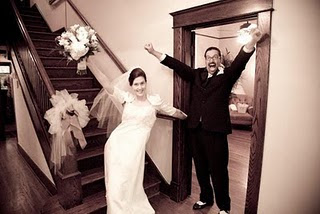 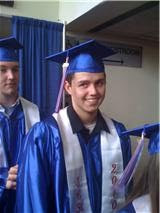 He’s handsome isn’t he? He’s starting college this January. He worked through the fall at UPS and realized maybe he could stand to go back to school. I have faith that he’ll find his way, but I’ll worry constantly until he does.

Summer
Summer brought my bff, Pam, home from Iraq. Oh Happy Day! Life is so much more fun with her around. If there is a party, she will find it. If there’s not, she’ll create it. The girls’ weekend I blogged about recently? Totally her brainchild. And if you need someone to have your back, no one will have it better than Pam. I’m putting the U.S. Army on notice. I know she’s a damn good soldier, but you may not deploy her overseas again. I forbid it.

Yeah, I’m sure that will work. Speaking of patriotism, I felt it over the July 4th weekend in Ocean City. You can read about that here. 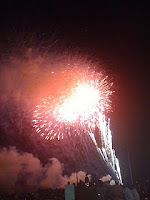 July was memorable in all sorts of ways, not the least of which was my first national writing convention. I attended RWA in Orlando. It was supposed to be in Nashville, but the Opryland Hotel had water halfway up the second floor on May Day weekend, so we went to Disney World instead. The experience was awesome, and you can read about each day's adventure here, here, here, and here. My after-the-conference post is here. As I reread my post conference goals, I realize I haven't done everything I said I would. I've got six months to do better. The 2011 convention in New York is one of my most anticipated plans for the coming year.

August brought a new school year. I love being a teacher. It is my second career, and I’ve never once regretted leaving the business world for the classroom. Teaching is a calling for me. Every school year has its ups and downs, and standing at the halfway point of this year, I’ve experienced both. I have some of the brightest kids I’ve ever taught this year, and they never fail to make me feel optimistic about the future. I also have some challenging students. That’s part and parcel of the job. I hope when the school year is over, I can say I reached these kids and enriched their lives.

Fall
Somewhere in the middle of football season, fall happens. It’s summer, and I’m carting my youngest to camps and practices, saying hello and goodbye to Bruce like ships passing in the night, and suddenly I realize the leaves have turned and it’s not hot anymore. Football season rules our world in the fall. Bruce’s team plays on Saturday (this year on Thursday night several times…what’s up with that?), and my youngest plays on Friday night. Being a sophomore, he also played JV on Monday nights. I logged a lot of hours on metal bleachers this year.

I’m not complaining (at least most of the time). A long season means you’re winning, and having been married to a football coach for 21 years, I can say with authority that winning is better than losing. My son’s team went all the way to the final four in the state tournament this year, and Bruce’s team made the playoffs again after a four year dry spell. Nope…not complaining about that at all.

I guess if I had a complaint about the fall, it would be that my writing stalled. I should qualify…my blogging and novel writing stalled. I’ve written several short stories. One, I posted on the blog and you can read it here. Others were more personal and therapeutic and not for public consumption. If you’re a writer, you know what I mean.

Winter has rolled around again, and I’m focused on not letting it get me down. The weather has already been crappy, and it’s only December. I’m hoping that means the worst is out of the way, and it’s smooth sailing from here on out. (Yeah, I’m delusional sometimes, but it gets me through.) If not, my stepmom. Patricia, bought me a happy light for my desk at work. I’ll let you know if it works.

I know Jazzercise works, and I know spending time with my friends and family works. I know that putting my butt in the chair and my fingers on the keyboard works. So I plan on doing all three as frequently as possible in 2011. I’m a no resolutions person. Don’t resolve to do something. Just freakin’ do it.